What a great opportunity of being a part of such big a day in France, the BASTILLE DAY. Thinking of the pandemic and the resultant lockdown as our planet’s way of grounding us. For an indefinite period of time. Now we know that this is important, and us staying confined to our houses for some time, is necessary for the world to go back to normal one day.

Being fortunate enough when it’s the “jour de la bastille” and you are associated with “Le frehindi” you are not going to miss the celebrations.

BUT WHAT REALLY IS ‘JOUR DE LA BASTILLE’?

In India, as we celebrate Republic Day every year on 26th January which is held on the street of Raj path, New Delhi, when the country marks and celebrates the date on which the Constitution of India, came into effect. The parade begins with winners of gallantry awards saluting the President in open military jeeps, followed by the display of various tanks, missiles, and other equipment added to the arsenal of the military. After this, is the march-past of different regiments of the armed forces, police, Home Guards, and National Cadet Corps. The President of India, being the Commander-in-Chief of the Indian Armed Forces, takes the salute. This is followed by a vibrant parade comprising tableaux from different States and cultural dances by patriotic school children. Similarly, we have the Bastille Day, in France and its overseas departments and territories, holiday marking the anniversary of the fall on July 14, 1789, of the Bastille, in Paris. Originally built as a medieval fortress, the Bastille eventually came to be used as a state prison. Political prisoners were often held there, as were citizens detained by the authorities for trial. Some prisoners were held on the direct order of the king, from which there was no appeal. Although by the late 18th century it was used and was scheduled to be demolished, the Bastille had come to symbolize the harsh rule of the Bourbon monarchy. During the unrest of 1789, on July 14 a mob approached the Bastille to demand the arms and ammunition stored there, and, when the forces guarding the structure resisted, the attackers captured the prison and released the seven prisoners held there. The taking of the Bastille signaled the beginning of the French Revolution, and it thus became a symbol of the end of the ancien régime. Bastille Day is celebrated on Wednesday, July 14, 2021.

You all surely be thinking that when it is such a glorious day for France, then what the citizens must be doing or what cultural events must be taking place? So now putting the curtains up and breaking the door of your suspense may I tell you!

If there is one event not to miss in Paris, it is the French national holiday! This festive occasion brings people together and offers 2 days of exceptional free entertainment: a military parade, public dances at local fire stations, an outdoor operatic concert, and most of all, breath-taking fireworks. The Bastille Day military parade is the french military parade that takes place in the morning, each year in Paris since 1880. While previously held elsewhere within or near the capital city, since 1918 it has been held on the Champs-Élysées, with the participation of the Allies as represented in the Versailles Peace Conference, and except for the period of German occupation from 1940 to 1944 (when the ceremony took place in London under the command of General Charles de Gaulle); and 2020 when the COVID-19 pandemic forced its cancellation. The parade passes down the Champs-Élysées from the Arc de Triomphe to the Place de la Concorde, where the President of the French Republic, his government, and foreign ambassadors to France stand. This is a popular event in France, broadcast on French TV, and is the oldest and largest regular military parade in Europe. In some years, invited detachments of foreign troops take part in the parade and foreign statesmen attend as guests. There are no official Bastille Day meals, but there’s really a no better way to honor France than by indulging in French food: A breakfast of pastries, crepes, brioche, and croissants would be fitting, followed by a quiche for lunch, pâté, and onion soup. Bastille Day is a public holiday in France so post offices, banks, and many businesses are closed. Restaurants and cafes outside of tourist areas may also be closed. However, bakeries and some stores in Paris, as well as at airports and railway stations and along major highways, are open.

Public transport service schedules vary depending on where one lives and intends to travel. Roads in the centers of villages, towns, and cities (particularly in Paris) may be closed for parades and other large public events.

And all these magnificent moments are going to be live on the 14th of July and this amazing session will be carried by Le Frehindi and thus all of you are requested to be a part of this and enjoy in the comfort of your home.

Indian Food On Our Scholastic Tours In Europe 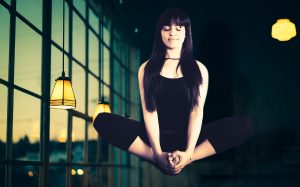 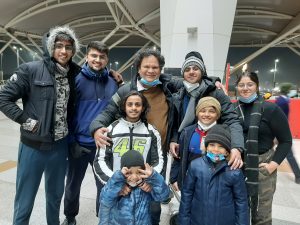