The Musée des Confluences is a science centre and anthropology museum. It was opened on 20 December 2014 in the 2nd arrondissement of Lyon, (Rhône), France. The museum is located at the southern tip of the Presqu’île at the confluence of the Rhône and the Saône, adjacent to Autoroute A7. This museum is a must see, thousands of students participate in exchange programs organised by Lefrehindi and visit the museum. In addition, the roof of the museum  offers a panoramic view of Lyon. Here, is a video of a scholastic & exchange tour to Lyon organised by Lefrehindi. The Musée des confluences offers a bit more than the other the museums. Firstly, you can experience by touching certain objects. Secondly, visitors can have a virtual conversation with a hologram of Albert Einstein and thirdly, you are allowed to capture photos of the museum’s collection.

What does the museum contain?

The Museum also known as “the 21st Century’s Cabinet of Curiosities.” Moreover, the institution has finds over two million pieces related to paleontology, mineralogy, zoology, entomology, and ethnography. Our qualified Lefrehindi team acts as an amazing guide for the exchange students. Lets have an overview commencing with the ground floor.

Ground floor – Foodies stop by the brewery restaurant on the ground floor for a quick bite. Also, a quick visit to the museum’s shop is worth it.

First floor – The first floor of the museum extends over an area of 3,500 square metres. Here, temporary exhibitions are organised. And, these are regularly renewed each cultural season.

Second floor – Second floor has exhibitions which talks about origin of the Universe, species, religion, cosmic energy and related topics.

Nowadays these temporary exhibitions are happening in Madagascar. Some examples of the theme are as:

Makay, a wildlife refuge on Madagascar.

Africa in colours- The arts forms of Africa.

Rare Birds, From the Swallow to the Kakapo – It has second largest collection of birds in France with about 240 specimens for this exhibition taken from its historic collections.

The permanent exhibition is divided into four major sections:

Origins: The scientific story of the World and the origin of the universe. The Big Bang theory provides two approaches to explain the world. One related to natural science and scientific and technical collections and the other by ethnographical and modern collections

Societies: the Human Theatre observes the evolution of social structures, cultures, and knowledge.

Eternities: The story of afterlife in different culture.

How religion answers the question of ” Purpose of Existence “?

We humans have never stopped wondering about our origin and existence. When people developed consciousness, self-awareness. They started questioning their existence. The foundation of religion was to overcome this question. All the religions explain the concept of ” Hell and Heaven “. According to Islam/Christianity, the purpose of life/ existence is to worship the creator and live a sin-free life, so that you will not go to hell where there is suffering and gets rewarded with heaven. Similarly, Hinduism talks about a soul which reincarnates several times until it gets released (Moksha or Mukti Nirvana or Salvation). Your salvation depends on your Karma. Karma is what you do with your present life.

The musée de confluence tries to converge religion & science to find the question of the existence which human life has been struggling with for thousands of years. It uses the “Linga & Yoni” of Shiva to explain the energy that gave birth to life on earth & also the figure of “Kali” that destroys. The concept of birth, preservation & destruction is explained using the Hindu mythology.

The linga is the emblem of fertility, and a symbol of Shiva’s power. The Yoni is the genital of female .The union of linga and yoni representing shakti engenders the world. The union of two things results in creation or production of the other thing.

Shiva Nataraja, the cosmic dancer, dances in the middle of a ring of fire which represent the cosmos. In one hand he holds a drum, the beat symbolizes creation, in the other the flame of destruction. With his foot, he crushes the demon of ignorance.

Foreign exchange tours helps students experience a different culture students will be thrilled to discover the Museum’s treasures. Students are passionate and curious to know about certain subjects. The museum provides resources to better understand the world. Students are well-guided and are surprised by the beauty of the collection; meteorites, sapiens, Siberian tiger, etc. We are often curious and share the same question on the origin of the world and our place in it. We have heard numerous narratives from a different cultures. The Musée des Confluences explains the journey of humans from its origin to the present day. It explains the existence of one’s life, the interconnectedness of life, the formation of societies. The contribution of science and technology in this journey.

To know more about these Foreign exchange tours stay connected to Le Frehindi.

To know more about Le Frehindi, you may visit our corporate site. 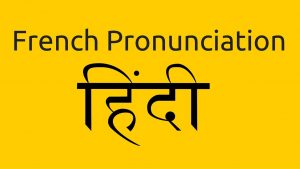 Can an Indian language be used to teach a Foreign Language? 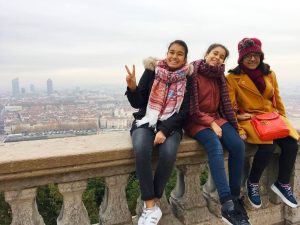 The best part of the exchange program to find surprises 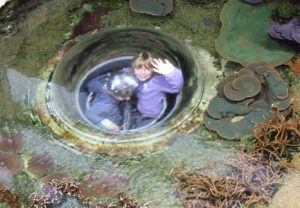 Will you dare to take up Eiffel Tower challenge ?