“Music is God’s gift to man, the only art of Heaven given to earth, the only art of earth we take to Heaven”. Ever wondered that how vague our life would have been without music? But as I mentioned above music is the greatest gift to man and hence gifts are always enjoyable and precious, lets read more and dive deep into the world of lyrics, rhythms, and tunes.

As there is a human likelihood of celebrating all the pleasant things, we have a special day for music as well.  An annual music celebration that takes place every year on 21 June. On Music Day the citizens of a city or country are allowed and urged to play music outside in their neighborhoods or in public spaces and parks. Free concerts are also organized, where musicians play for fun and not for payment.

Every remarkable day celebrated has a history behind its existence, let’s devour further what reality makes it special!

In October 1981, Maurice Fleuret became Director of Music and Dance at the French Ministry of Culture at Jack Lang‘s request. He applied his reflections to the musical practice and its evolution: “the music everywhere and the concert nowhere”. When he discovered, in a 1982 study on the cultural habits of the French, that five million people, one young person out of two, played a musical instrument, he began to dream of a way to bring people out on the streets. It first took place in 1982 in Paris as the Fête de la Musique. Ever since, the festival has become an international phenomenon, celebrated on the same day in more than 700 cities in 120 countries, including China, India, Germany, Italy, Greece, Russia, Australia, Peru, Brazil, Ecuador, Mexico, Canada, the United States, the UK, and Japan.

Despite there being a large tolerance by the general public about the performance of music by amateurs in public areas after the usual hours, noise restrictions still apply and can cause some establishments to be forbidden to remain open and broadcast music out of their doors without prior authorization. This means that the prefectures of police in France can still forbid individuals, groups, or establishments to install any audio hardware in the street.

WOW! It is such an amazing street show, so lively and full of enjoyment.

Some of my readers might be downhearted that “live street shows” c’mon how’s that possible in the throbbing phase of the pandemic?

So let me tell you, that if you are a part of Le- frehindi you are not going to miss a single live show from France.

We will take you on a LIVE TOUR! Yes! you read it to correct a live tour, we will be taking you on the streets of France where people on this day go out on s to play and enjoy music. Unlike usual music concerts, this day is an open event. Therefore, anyone can take part in it. Young and old, amateur and professional, all kinds of musicians come forward to participate in World Music Day. France Inter is celebrating Fête de la Musique in the legendary Olympia concert hall, where a huge number of audiences gather to see the live concerts and musicians from different countries not just all kinds of musicians, but all kinds of music are also celebrated on this day. Initially, this day was celebrated in France, but with time it has gained global popularity and is now a world event. And now it is being celebrated in 130 countries and over 1,000 cities participate across the world, In the United States alone, 82 cities are participating.

Every celebration has happiness, victory, glory, and opportunity, to make ourselves happy and the goal of Fête de la Musique, or Make Music Day, is to provide thousands of free concerts throughout the day. Public areas are brimming with live music and participatory music-making opportunities.

“The most beautiful things are not associated with money; they are memories and moments”, which is brought by celebrations. Hence, it should not be paused no matter what the situations are.

So for making all the good memories and not missing a single part of such beautiful live shows stay connected with Le frehindi. 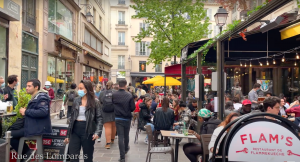 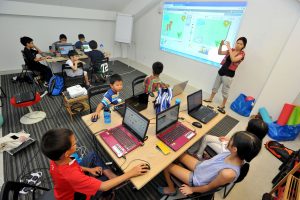 The need of continued education for the French teacher 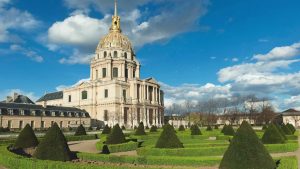 Le système éducatif français : From the angle of an Indian student on a Le Frehindi Exchange Trip